Last week, I took the Food Stamp Challenge organized by the Jewish Federation of Greater Metrowest New Jersey.  This week, I sat down to discuss what I learned.  I'm glad I got the opportunity to participate in the challenge, and gain a greater perspective on what hundreds of thousands of New Jerseyans go through simply to feed themselves and their families. 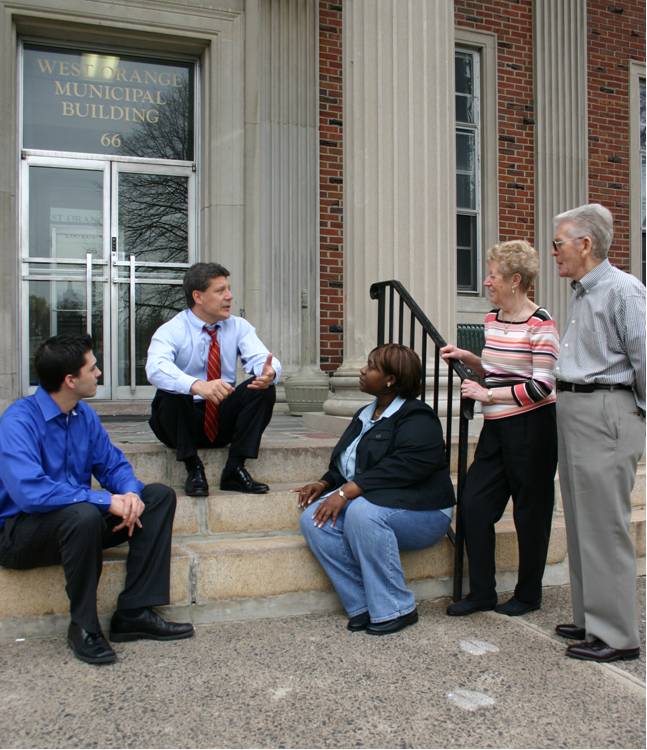 I have accepted the Jewish Federation of Greater Metrowest New Jersey's Food Stamp Challenge.  Starting today, I have a food budget of $29.40 for the week.  To tell the truth, I'm a little nervous about the challenge, but looking forward to raising awareness of the problems caused by food insecurity, and I'm hoping to come out of this week with a better understanding of the difficult decisions made by the hundreds of thousands of New Jerseyans who participate in the Supplemental Nutrition Assistance Program (SNAP).

I'll be using this space to record my experience throughout the week.  Be sure to check back for updates.

Your Choice on Open Space, Not the Governor's

While I am disappointed that Governor Christie announced that he will be voting no on Question 2, which establishes a permanent source of funding for open space in New Jersey, ultimately it is you, the voters of New Jersey, who will get to decide.

I was happy to accept the Ice Bucket Challenge to fight ALS.  Amyotrophic Lateral Sclerosis, or Lou Gehrig's Disease, is a horrible, degenerative ailment that effects far too many families.  I'm glad to do my small part to help this worthy cause.

Today, the Times of Trenton has a great editorial calling for a permanent source of funding for open space.  This November, voters in New Jersey will have the opportunity to constitutionally dedicate these important funds.  I'm thrilled at the wide, bipartisan support this bill received in the legislature.  Now, we get a chance to secure our state's future for the next generation on November 4th!

Ten years ago, the Highlands Act was signed into law.  This important legislation has helped secure clean drinking water for 5.4 million New Jerseyans and has been a boon to our quality of life.  I am proud of what we have accomplished so far, and am looking forward to continuing the work necessary to protect the interests of our state's future success.

We've been discussing my proposal for a permanent funding source for open space, but why is it so important?  What does my proposal do?  I sat down recently to go over exactly what this amendment means for our state.

I am very thrilled that yesterday the Assembly passed my proposal to create a permanent, sustainable source of funding for the preservation of open space by a wide, bipartisan majority.  Below, you can find a collection of local, state, and national media coverage of the amendment, which will be on November's ballot.

Open Space Is On The Ballot!

With only hours remaining on the August 4th deadline, the Assembly passed SCR84 to give New Jerseyans the opportunity to vote on a Constitutional Amendment dedicating a stable source of funding for New Jersey's open space preservation.

With only a few days left before the August 4th deadline, I will not stop fighting for critical open space funding for New Jersey. Check out these two articles from today’s Star Ledger and Record newspapers calling on our legislative body to act now!